Answer the following questions in detail.
(a) Explain the process of asexual reproduction in lower animals with the help of diagrams.

Asexual reproduction is a mode of reproduction that does not involve the fusion of the male and the female gamete. It requires only one parent, and the offsprings produced are exact copies of their parents.

methods of asexual reproduction in animals are:

Budding involves the formation of a new individual from the bulges, known as buds formed on the parent body. This method of reproduction is common in?Hydra.In?Hydra, thecells divide rapidly at a specific site and develop as an outgrowth, called the bud. These buds, while being attached to the parent plant, develop into smaller individuals. When these individuals become mature enough, they detach from the parent?s body and become independent individuals. 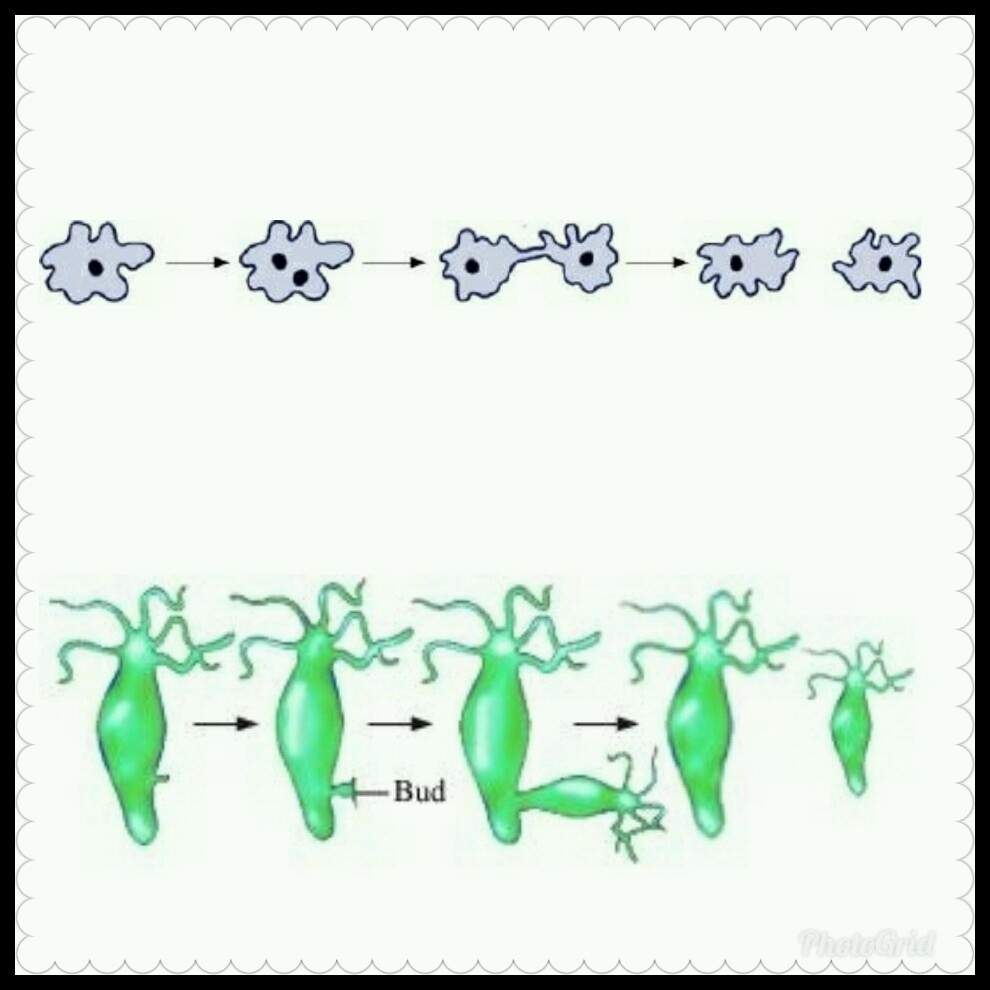