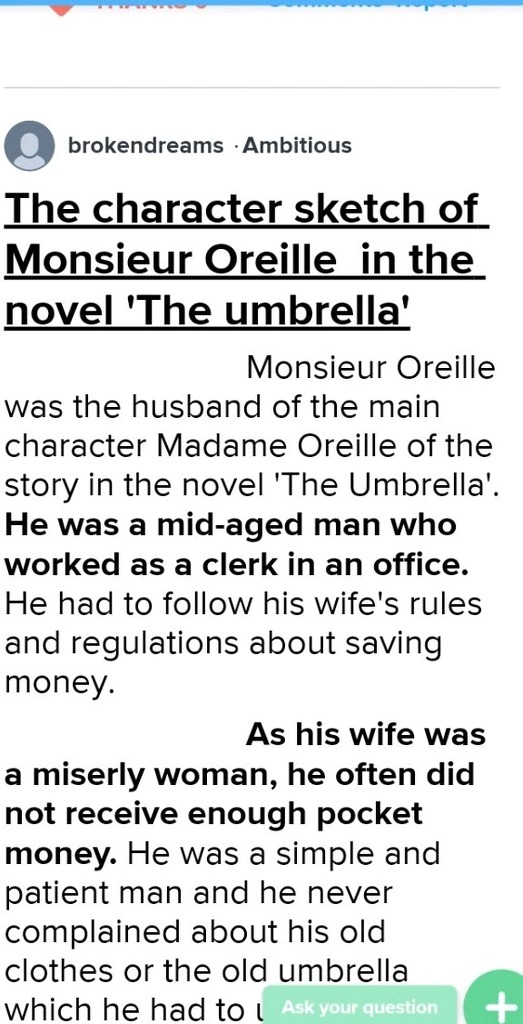 She was a small woman about 40 years old. She was a very neat and tidy person. She walked with quick steps. Sometimes she had bad temper. She always worried about money. She never wanted to waste money event thought it was important.

??????????Based on personal traits,?Madame Oreille?belongs to Flat character, because she shows a simple personality in the story.?At the beginning until the end of the story, she was greedy woman because too tight about spending money even though it was important thing.

??????????Based on the possibility to change,?Madame Oreille?to Static character because the character of?Matilda?is still remaining the same.?she was greedy woman because too tight about spending money even though it was important thing. Her husband felt how greedy her when he always calculated to buy something.?? 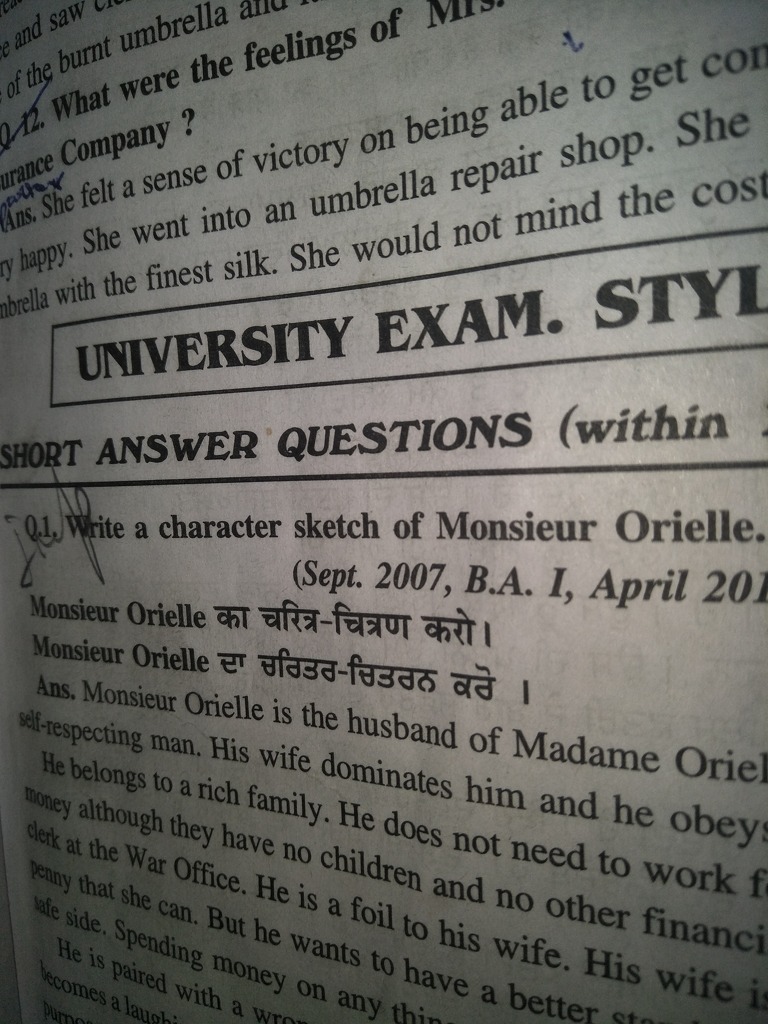