Democracies are based on political equality.

All individuals have equal weight in electing representatives.

Parallel to the process of bringing individuals into the political arena on an equal footing, we find growing economic inequalities.

A small number of ultra-rich enjoy a highly disproportionate share of wealth and incomes.

Not only that, their share in the total income of the country has been increasing.

Those at the bottom of the society have very little to depend upon.

Their incomes have been declining.

Sometimes they find it difficult to meet their basic needs of life, such as food, clothing, house, education and health.

In actual life, democracies do not appear to be very successful in reducing economic inequalities.

The poor constitute a large proportion of our voters and no party will like to lose their votes.

Yet democratically elected governments do not appear to be as keen to address the question of poverty as you would expect them to.

The situation is much worse in some other countries.

In Bangladesh, more than half of its population lives in poverty.

People in several poor countries are now dependent on the rich countries even for food supplies.

Democracy gives equal right to every citizen
Citizen of any caste ,sex,religion can be involved in democratic process
Women are also given rights

All the social diversities are equally treated , women are represented  , there is no discrimination among the citizens 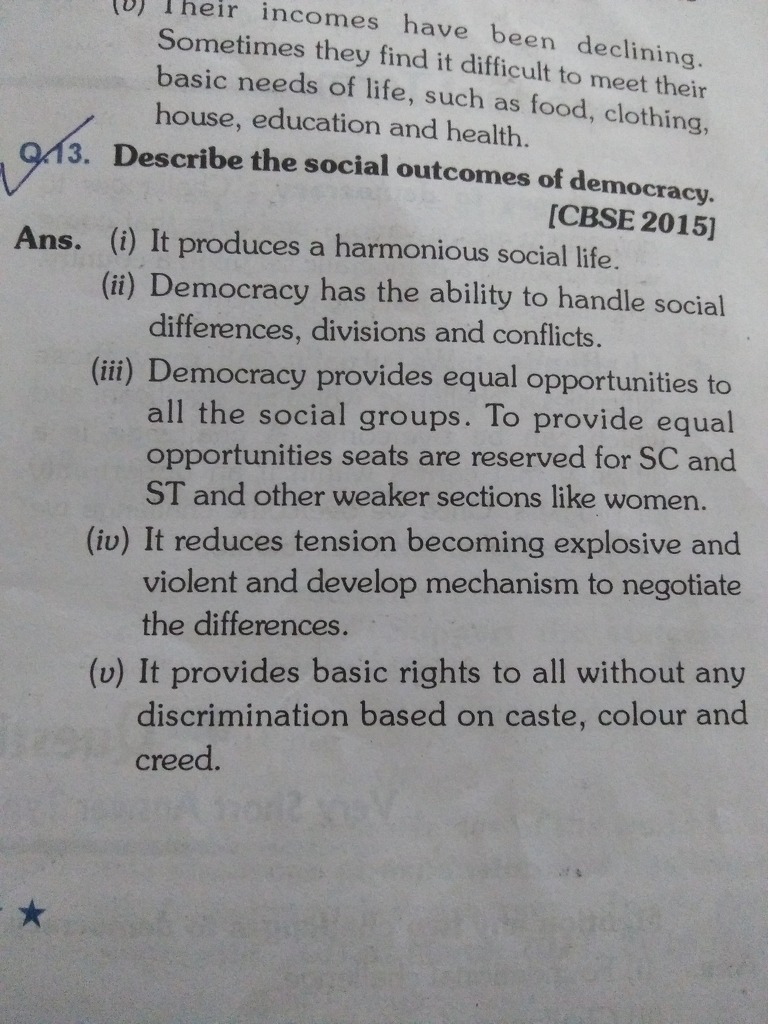 ubwiubvwbv
What are you looking for?