Explain Consumer Equilibrium with the help of IC Curve?

The concerned topic has been extensively covered in our study material. You can find the answer to your question at the below mentioned link.

Consumer’s equilibrium is that point in which consumer consumes the combination of two goods by his limited income. He gets maximum satisfaction from these goods and never changes this situation. If he will change this point, his level of satisfaction will decrease.

Indifference curve shows the combination of two goods which a consumer is consuming. For increasing one good’s one unit, he has to leave some quantities of other second goods. The sacrificing of second goods quantity will decreasing because, law of diminishing marginal rate of substitute will apply on it. 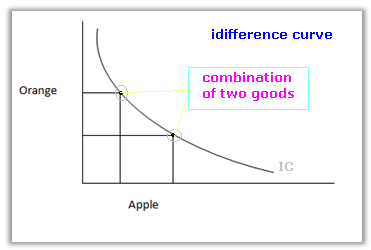 Price line must be the tangent to indifference curve 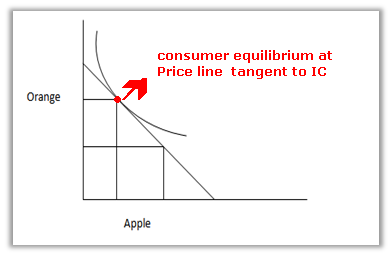