Explain the development of human embryo with diagrams. ​ 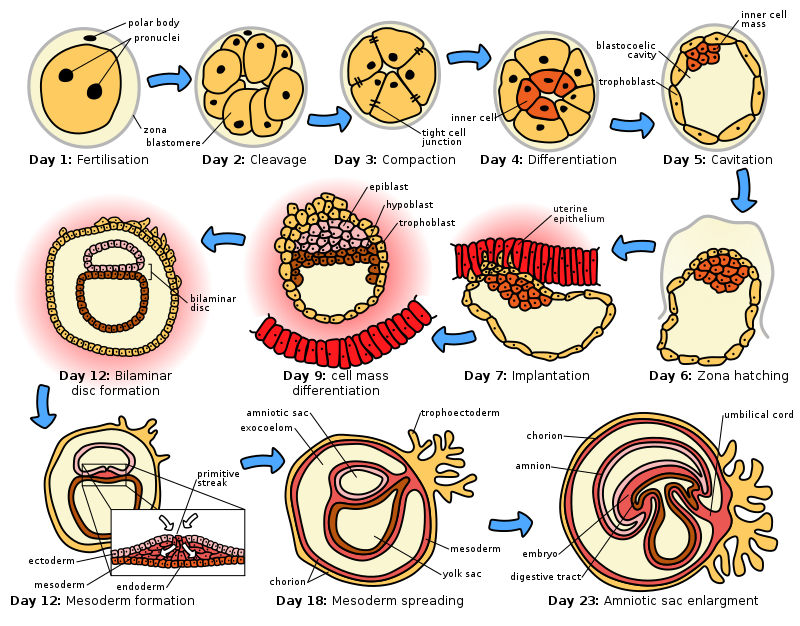 ​​Human embryogenesis is the process of cell division and cell differentiation of the embryo that occurs during the early stages of development. Fertilisation occurs when the sperm cell successfully enters and fuses with an egg cell. The normal period of gestation (pregnancy) is nine months or 38 weeks.The germinal stage, refers to the time from fertilization, through the development of the early embryo until implantation is completed in the uterus. During this stage, the zygote, which is defined as an embryo begins to divide, by a process called cleavage. A blastocyst is then formed and implanted in the uterus. Embryogenesis continues with the next stage of gastrulation when the three germ layers of the embryo are formed and the processes of primitive streak fomation and organogenesis takes place. The embryo is referred to as a foetus in the later stages of prenatal development (i.e. the beginning of the ninth week). The foetus has more recognisable external features, and more complete set of developing organs than embryo.