Explain the water cycle in accordance with the NCERT TEXTBOOK.{3 MARKS}

To understand the water cycle, we should know 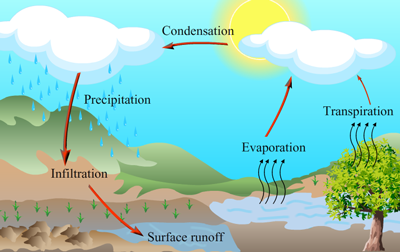 Water molecules change into water vapour and move into the atmosphere by the process of evaporation. The excess water absorbed by plant roots is released through the pores on the surface of leaves by the process of transpiration.

The process by which water vapour rises up, cools down in the higher atmosphere, and forms clouds is called condensation.

As condensation proceeds, water vapour changes into water droplets. When enough water droplets accumulate, they fall down as rain. This process is called precipitation. The rain replenishes the water in the lakes, ponds, oceans, and other water bodies. The process of rain water thus entering the soil is known as infiltration. When rain water flows over the surface of land before entering the water bodies, it is called surface runoff.

At very low temperatures, water freezes and falls down as hail, snow, or sleet.

The cyclic process through which water circulates in the environment is called the water cycle. Evaporation is the process through which water is converted into water vapor. Heat or sunlight converts water into water vapor. Water is also emitted from the leaves of the plants through the process of transpiration. This water vapor in the atmosphere condenses to form clouds through the process of condensation.When enough water is condensed to form clouds, it falls down on the surface of the Earth in the form of rain, snow, hail, etc. This process is known as precipitation. The water that falls down as precipitation runs through the rivers and seeps underground. It also flows off the surface as surface run off to join low-lying water bodies. In this manner, water is circulated in the environment. 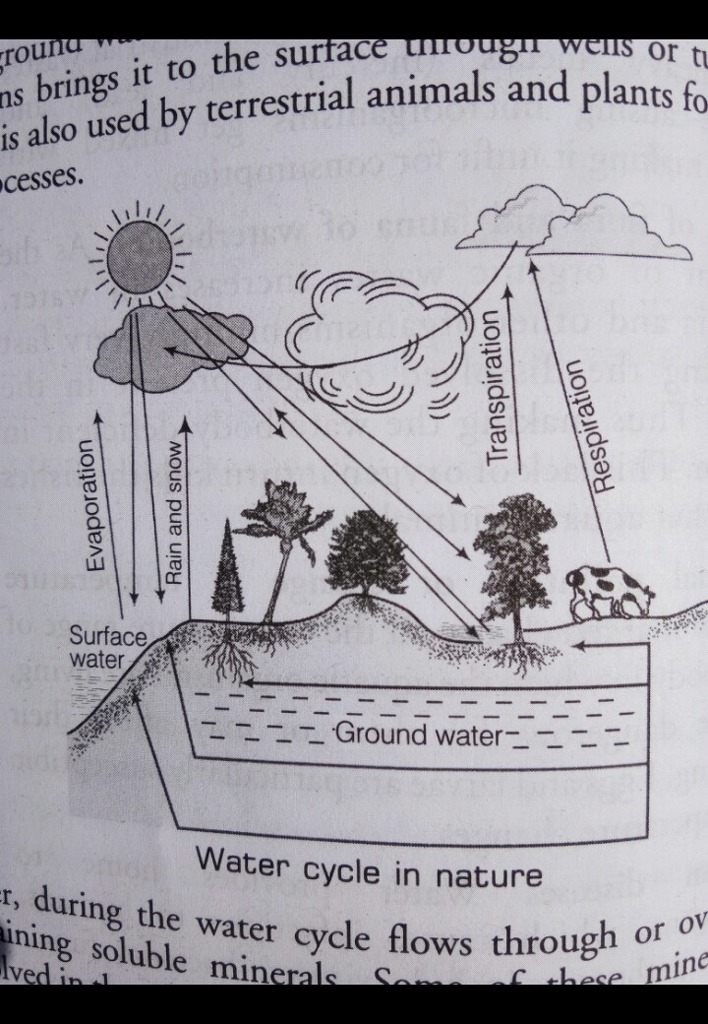 The whole process in which water evaporates and falls on the land as rain and later flows back into the sea via rivers is known as water cycle. This cycle is not as straight-forward and simple as this statement seems to imply . All of the water that falls on the land does not immediately flow back into the sea. Some of it seeps into the soil and becomes apart of the underground reservoirs of fresh water. Some of this underground water finds its way to the surface through springs. Or we bring it to the surface for our use through Wells or tubes Wells . Water is also used by terrestrial animals and plants for various life- processes.

Water cycle is on earth formed than in the from of pricipitio. 1. The sun heats the ocean water. 2. The water evaporates and rises into the air. 3. The water vapour cools and condenses to become droplets, which form clouds.

Sorry i dont know this

Firstly, the water from sea,rivers & streams gets evaporated. Also,ground water and transpirated water from plants gets evaporated. Then ,wind carries the moisture carrying air. The water vapours condense forming tiny droplets in the sky. When clouds meet cool air over the land, the water returns to the land in the form of rain. This cycle is continues all the time. 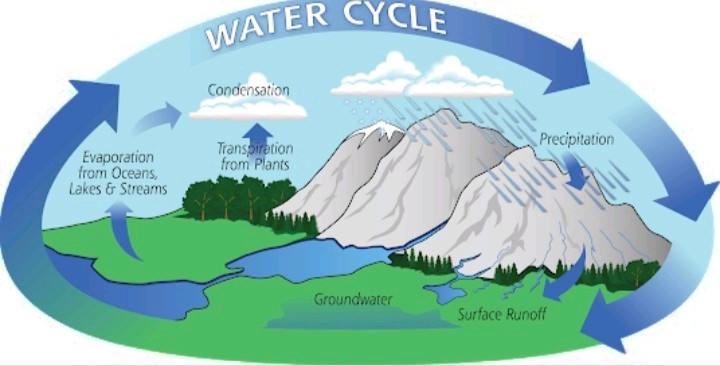 search in the book 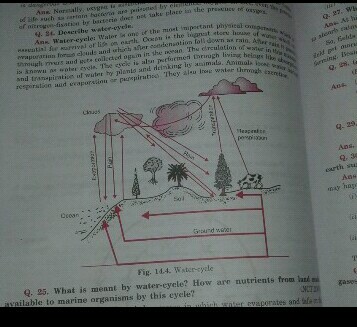 Water molecules change into water vapour and move into the atmosphere by the process of evaporation. The excess water absorbed by plant roots is released through the pores on the surface of leaves by the process of transpiration.

7th standard science 2nd lesson properties of natural resources answer
What are you looking for?