Give two examples of social disease

Eg:-  Gonorrhoea, AIDS etc are some of the social diseases.
View Full Answer

According to the Centers for Disease Control and Prevention (CDC), chlamydia is the most frequently reported bacterial sexually transmitted disease. Chlamydia infection is seen frequently in conjunction with gonorrhea infections. In males, chlamydia infections are characterized by moderate or scant discharge and burning during urination. In females, a cervical discharge may be present. According to Dr. F. Ndowa of the World Health Organization (WHO), asymptomatic infections of chlamydia can be seen in up to 25 percent of men and 70 percent of women. Untreated chlamydial infections can have some complications like infertility and pelvic inflammatory disease (PID). The treatment for chlamydia is either doxycycline or azithromycin. Because chlamydia can be seen together with gonorrhea and each disease requires different treatment, people need to be tested for both infections.

This centuries-old social disease once called the “Great Pox” has seen a reemergence in the past decade according to the CDC. Syphilis is caused by the spirochete bacteria Treponema pallidum. Syphilis infection can go through a series of stages of disease if left untreated. In primary syphilis, the main symptom is the presence of a painless chancre at the site of the infection. Secondary syphilis, which can occur up to two months after the appearance of the chancre, frequently demonstrates a widespread rash that often involves the palms of the hands and soles of the feet. The organism can go dormant and show no symptoms for years to decades. Tertiary syphilis is very serious and can involve the central nervous system, heart and other organs. Syphilis is easily treated, particularly in the early stages, with penicillin.

gonorrhea, chlamydia and syphilis. Cause Transmission 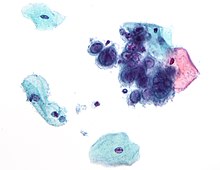 refer wikipedia for more information
What are you looking for?