Mention the causes of an earthquake

The important causes of the earthquake are:
1) Natural Causes -
a) Tectonic Movement: This particularly happens when the continental plate collides against the oceanic plate.
b)  Volcanic Activity: Earthquakes may also be caused by the movement of lava beneath the surface of the earth during volcanic activity.
c) Dislocation of the Earth’s crust.
d) Landslides, avalanches, faulting and folding in the rock beds are responsible for causing minor earthquakes.

The cause is explained below... 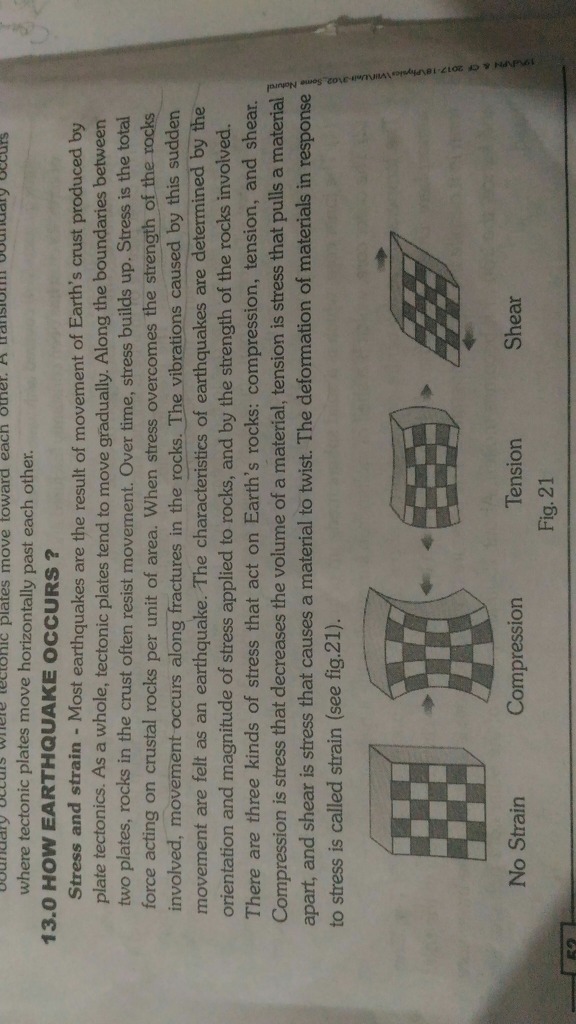