Electron Transport Chain (ETS)
Electron transport chain is a series of reactions in which electrons are passed from one carrier to another, and finally to oxygen, resulting in the formation of water as well as NADH and FADH2 are oxidized to release the energy stored in them. 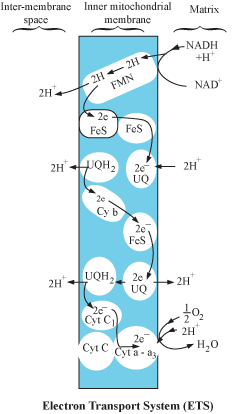