prove that the angles opposite to equal sides of an isosceles triangle are equal. Using the above, find <b in with AB=BC in which <c=50. 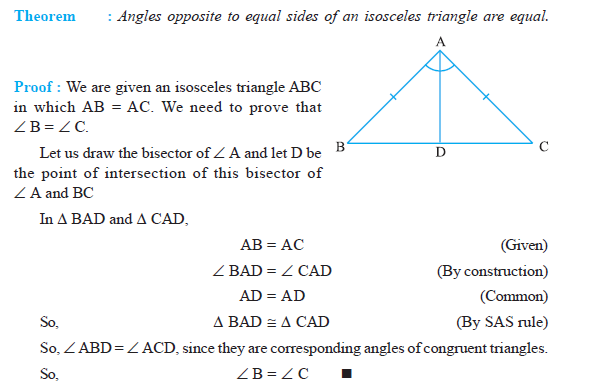 Start with the following isosceles triangle. The two equal sides are shown with one red mark and the angles opposites to these sides are also shown in red

If the two triangles are congruent, then corresponding angles to will be congruent

Draw the perpendicular bisector from C

Since angle C is bisected,

Segment AC = segment BC ( This one was given)

In other words, by

Since triange ACF and triangle BCF are congruent, angle A = angle B