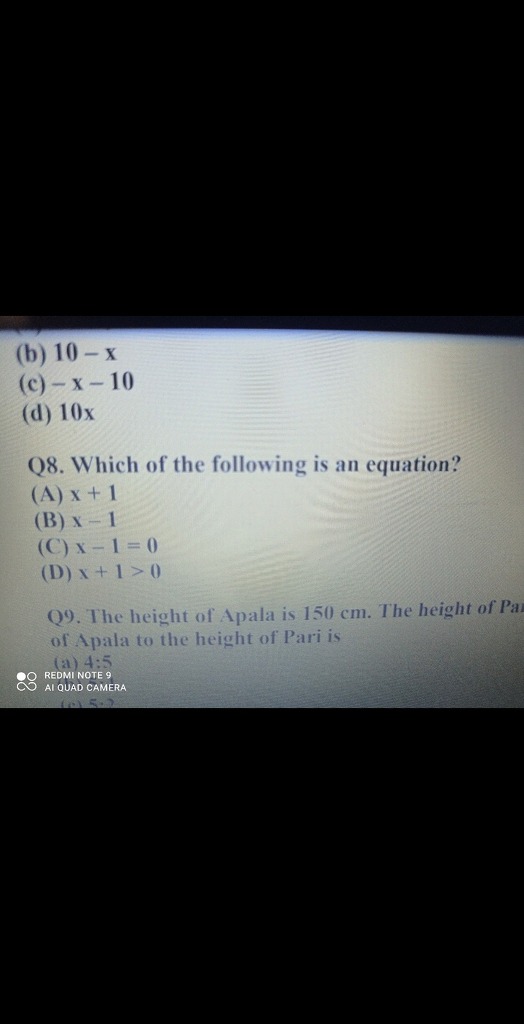 Dear Student,
Ans- x-1=0 (Option C)
In mathematics, an equation is an equality containing one or more variables. Solving the equation consists of determining which values of the variables make the equality true. In this situation, variables are also known as unknowns and the values which satisfy the equality are known as solutions.

The simple equation contains only one variable whose degree (or you can say power) is 1.