Dear student,
Newton's second law of motion states that the rate of change of momentum of an object is proportional to the resultant force on the body and it is in the same direction of as the resultant force.
i.e. F= ma
where F is the amount of force applied, m is the mass of the body and a is the acceleration produced.
The first law of motion implies that " Every object at rest will remain at rest or in a state of uniform motion unless a force is applied to it.

Second law also implies that when the resultant force on a body is zero, the rate of change of momentum is zero, and if it concerns a body of constant mass, the acceleration is zero. This is Newton's first law, which states that any body continue its state of rest or motion in a straight line unless a resultant force acts on it to cause it to accelerate.
Thus, we can say that Newton's first law of motion is a special case of Newton second law of motion
Regards 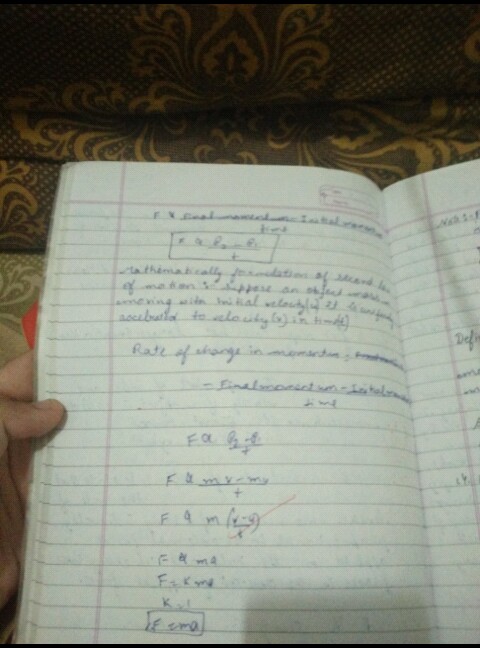 Force is directly proportional to momentum of a body