Tangents PQ and PR are drawn to a circle such that angle RPQ= 30 degree
A chord RS is drawn parallel to tangent PQ.
Find angle RQS...??? ANSFAST...

Tangents drawn from an external point to a circle are equal

And PQR is an isosceles triangle

i too found this sum puzzling......hope my answer helps

As the SEGMENT THEOREM is not in many revised NCERT books so here is an alternative method , Construct line through Q such that it is perpendicular to QP and name the piont of contact on line SR as A.Then,AQR=90°But we found that RQP =75°so, AQR= AQP-RQPAQR= 90-75=15°Therefore,SQR=2AQR= 30° !Hope you find my answer helpful ! :)

yes the above answer is correct

Actually In Rd,answer of this question is given 75*......so which answer we sgould consider

it is same as the other answers

Answer of above question is following 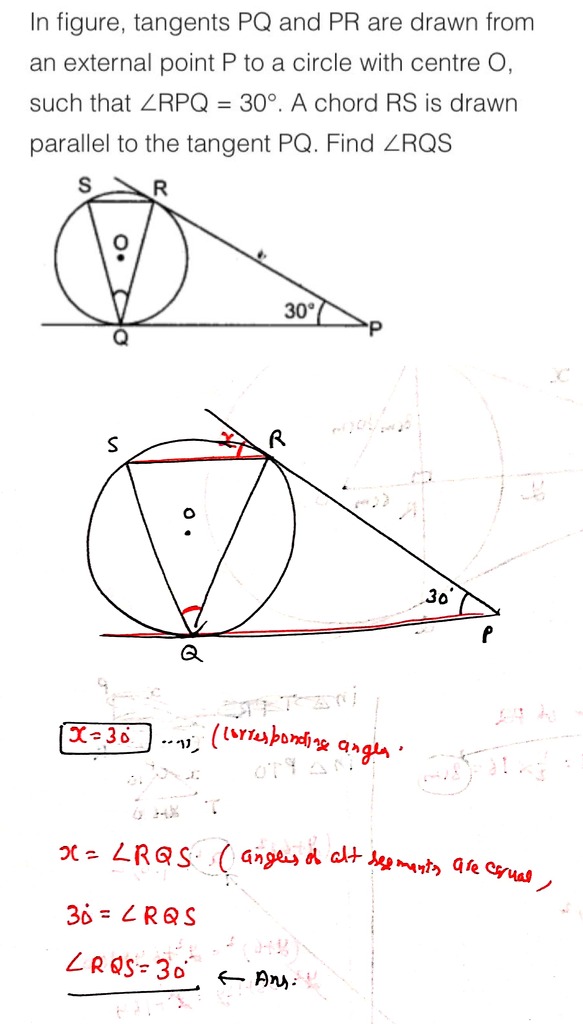 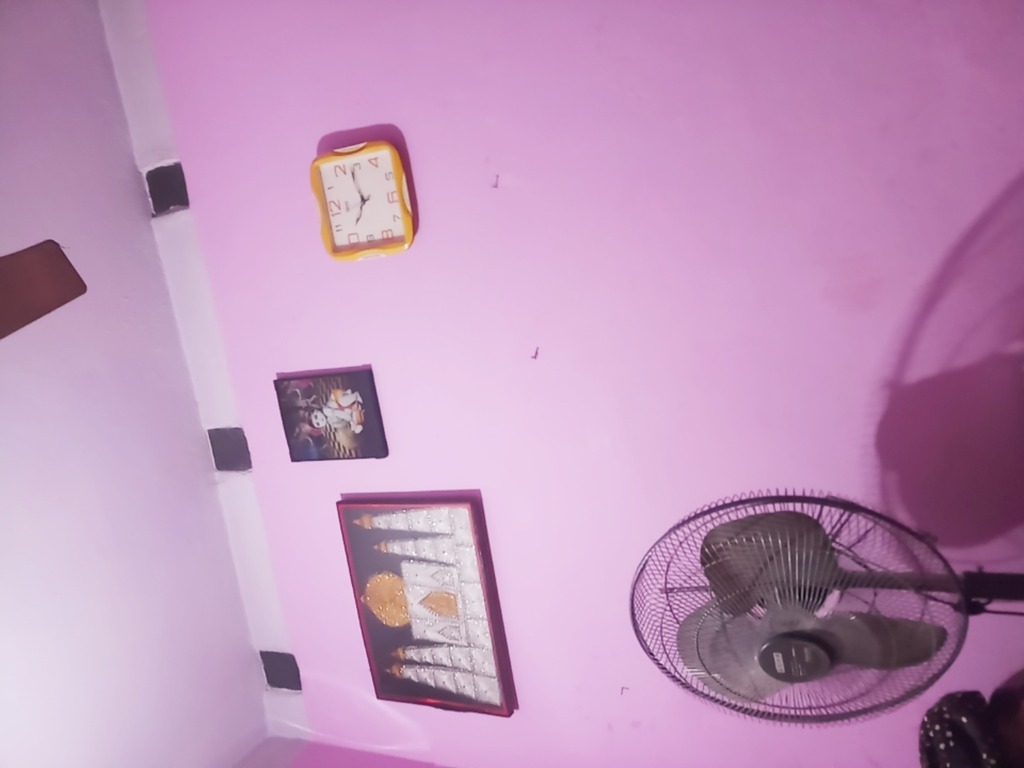 Solution is given below