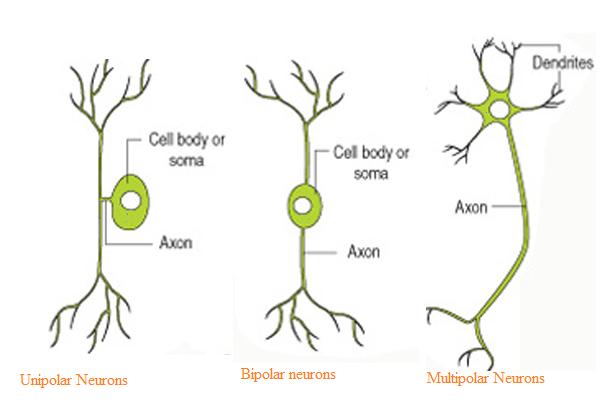 A  multi polar neuron  is a type of neuron that possesses a single (usually long) axon and many dendrites, allowing for the integration of a great deal of information from other neurons. Multipolar neurons constitute the majority of neurons in the brain and include motor neurons and interneurons.

A bipolar cell is a type of neuron which has two extensions. Bipolar cells are specialized sensory neurons for the transmission of special senses. As such, they are part of the sensory pathways for smell, sight, taste, hearing and vestibular functions.