What are the contributions by heron in the field of mathematics?

Here are some of the books that he wrote:

As you can tell, his works ranged from Greek to Latin to Egyptian. Something interesting about one of his books, Metrica is it was lost until the end of the century. Scholars knew of its existence only threw one of his other books, Eutocuis. In 1894, historian Paul Tannery discovered a fragment of the book in Paris. In 1896, R. Schone in Constanitinpole found a copy. That is how Metrica was found. This book is the most famous book that Hero wrote. It consists of 3 books, which calculate area and volume, and their divisions.

The second formula that Hero came up with is useful for determining the area of an orbitary quadrilateral. The formula is:

Which means the A can be found from the length of the sides of he quadrilateral, where 2s is the perimeter, s is semiperimeter, and a, b, c, and d are the four sides.

Helps in calculating area of triangle

Architects use these technique because sometimes they are given irregular laminas or shape which can be made by groups of triangles and to find their area they use Heron's formulae.

Sorry if am not correct! 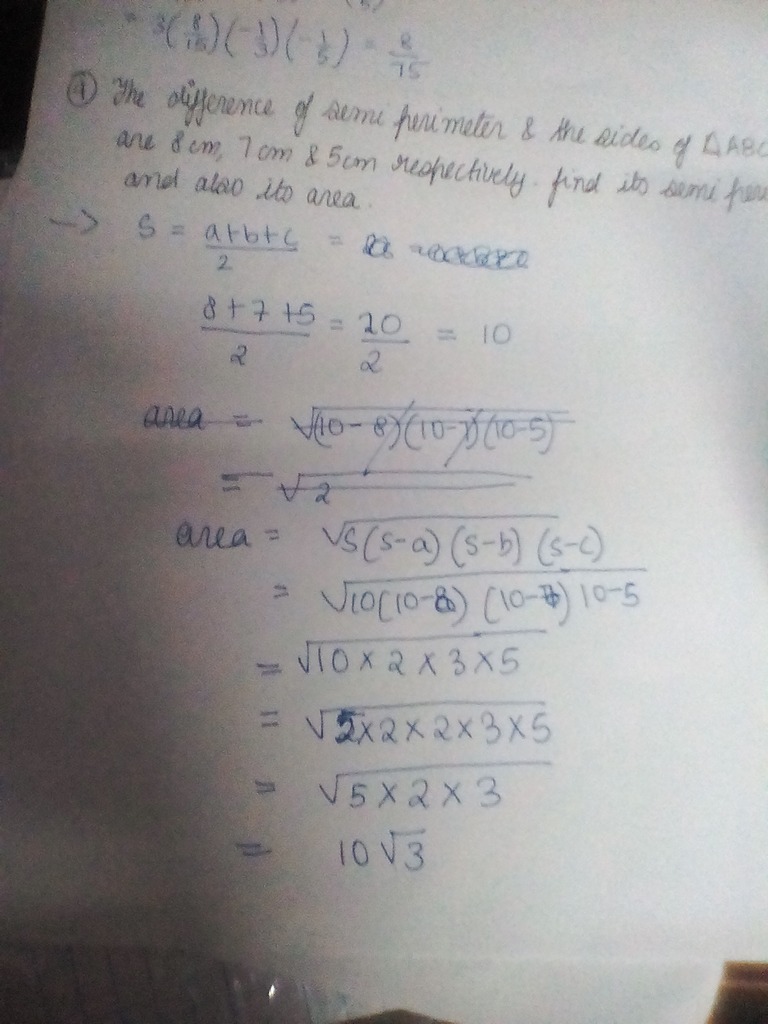 A square and equilateral triangle has equal perimeter , if diagnol of square is 12root2 cm find the area of triangle

Heron , a greek mathematician had dealt with geometrical problems , mensuration written in three books and he has also derived the famous heron's formula . He had done a lot more which are innumerable

he is the father of maths. he intro. the formula of herons 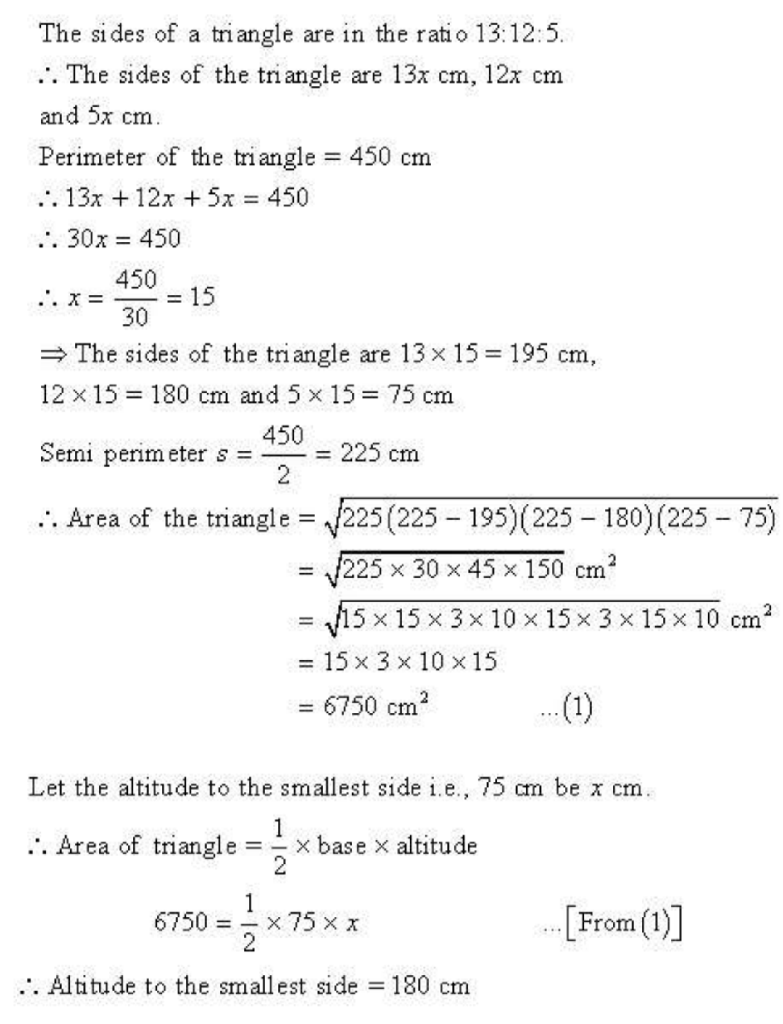 HERON IS GREAT MATHEMATICIAN WHO GAVE US HERON FORMULA WHICH IS {S(S-A)(S-B)(S-C)}1/2
WHERE S= PERIMETER OF TRIANGLE/2
A,B,C ARE THE SIDE OF TRIANGLE. 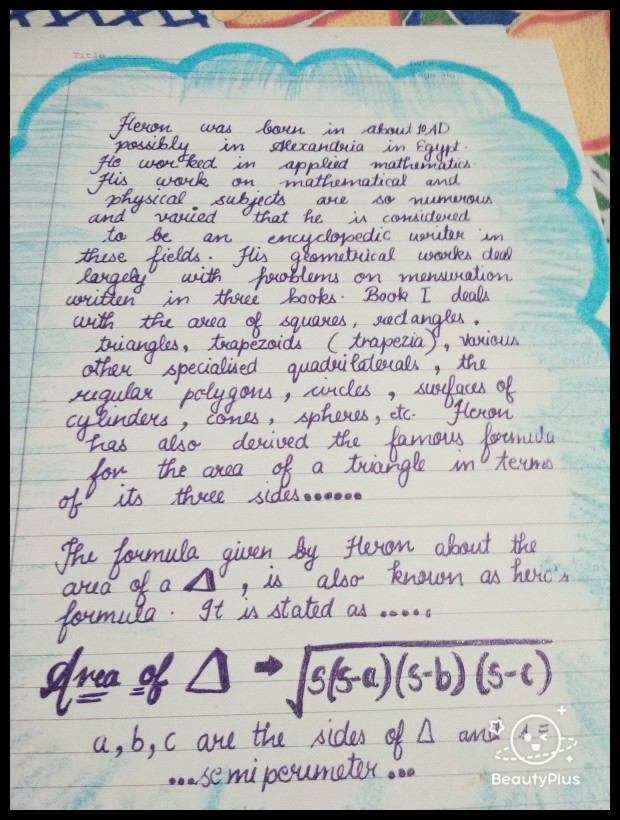 He give the heron formula 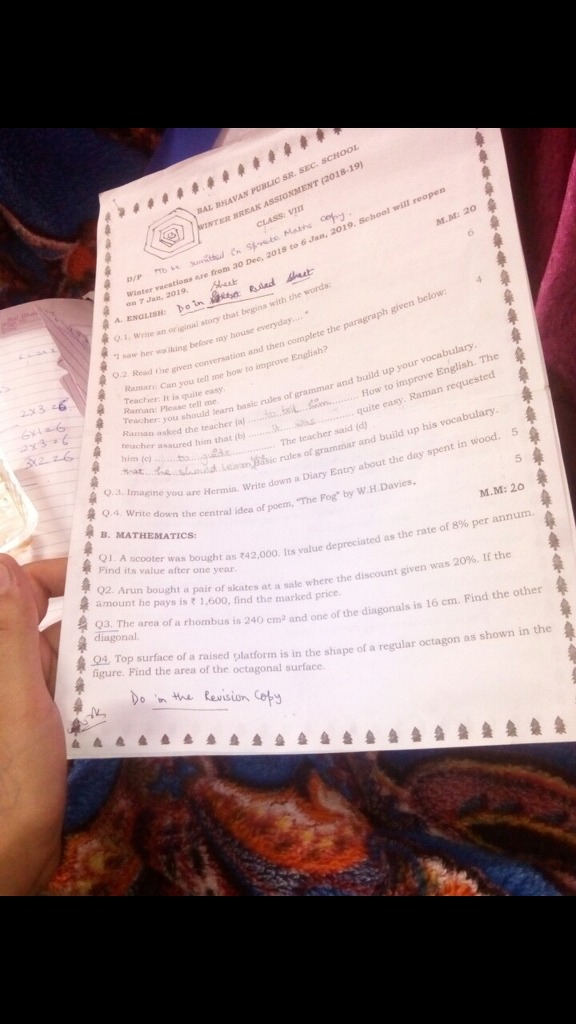 He specialized in the field of mechanics mathematics and physics representing the work of the hellenistic tradition in science . the vending machine was the brainchild of heron; the idea of inserting a coin in a machine for it to perform a certain function was mentioned in a book mechanics and optics. 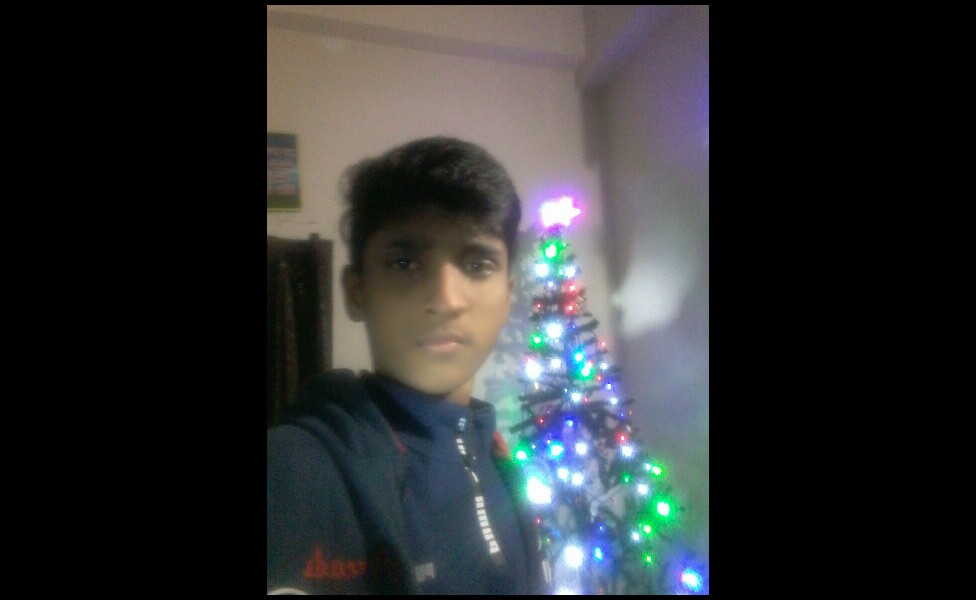 To find out area

He gave the famous Heron Formula for finding the area of a triangle.

Heron , a greek mathematician had dealt with geometrical problems , mensuration written in three books and he has also derived the famous heron's formula . He had done a lot more which are innumerable

This is your answer