WHICH OF THEM CONSIDERED THE BEST??

There are numerous breeds of sheep live in India. Right now more than 40 breeds of sheep live in India. But all of those breeds are readily not available, and not suitable for commercial production purpose. Sheep are contributing much to the Indias economy and they are used for producing clothing, carpet and mutton. Right now India has a sheep population of more than 60 million. However, here we are describing about the available sheep breeds in India.

Sheep Breeds in Eastern Region Balangir is an important sheep breed in eastern regions of India. There are about 130,000+ Balangir sheep in India. They are light brown in color, ears are short and knobby and their fleece is extremely coarse. They are mainly raised for their wool and mutton. Tibetan is another sheep breed from eastern region. They are popular for producing beautiful wool, which is used for manufacturing carpet. Fleece from Bonpala sheep also used for making carpets. Bonpala sheep produce black or white fleece. In India, there are about 600,000+ Bonpala sheep available. Along with the above breeds, there are more breeds available in the eastern region of India. Such as Ganjam, Garole and Chottanagpuri. This three breeds are raised for mutton.

Northern Region Gaddi is a popular sheep breed in northern region of India. They are medium in size with short and flat tails. Generally the color of their wool is white, but you can also see black, brown or tan colored wool in Gaddi sheep. Kashmir and Merino sheep originated from the Gaddi. They produce good quality fleece and their fleece is considered as one of the finest wool in the world. Their fleece is usually used for cloth production. In northern region of India, there are also an endangered species available named Bakharwal sheep. But this sheep are not highly available. Only a few numbers are available. Changthangi, Karhah and Gurez are other breeds from northern region, and they are raised for wool production. Wool from the Changthangi and Gurez sheep is used for making carpets. And wool from the Karnah breed is used for apparel wool. 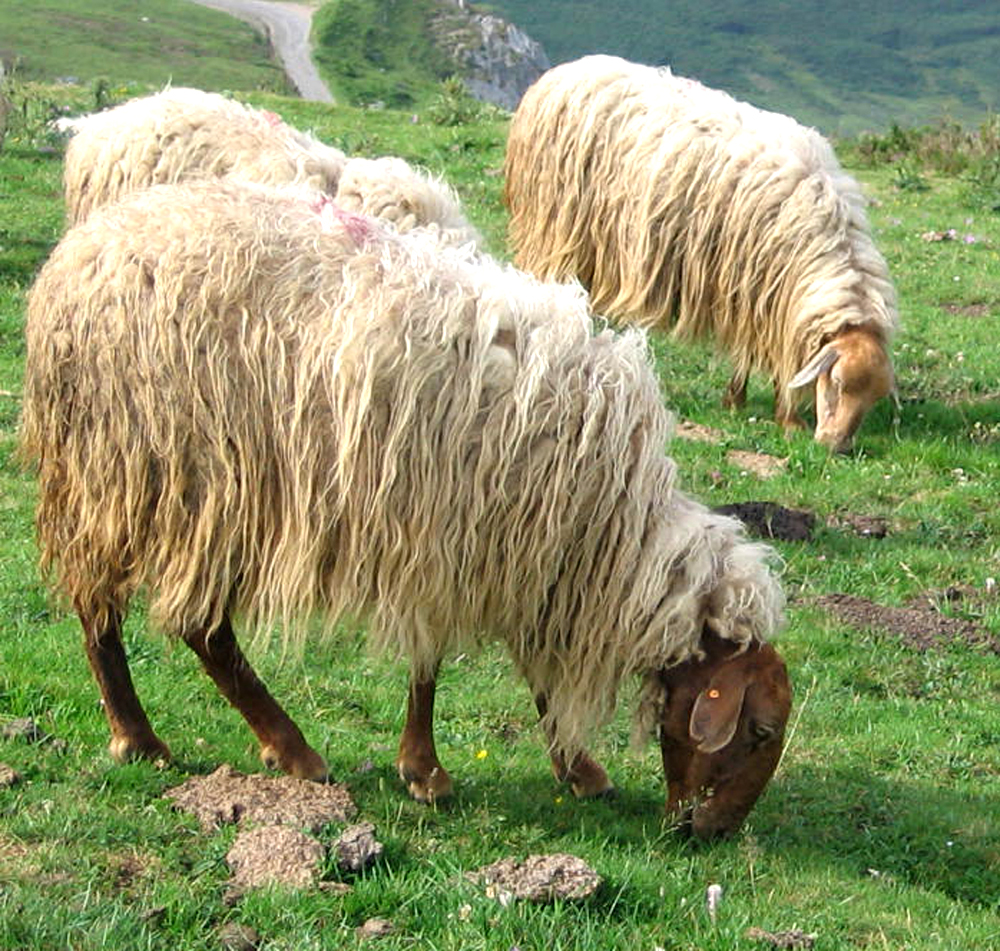 Northwestern Region Magra sheep is very popular and highly available sheep breed in the Bikander district of northwestern region of India. Only Bikander district has more than 300,000 Magra sheep. This sheep breed produce high quality and extremely white wool, and their wool is used primarily for fine carpet production. Magra ewes cant be bred until their 18 months of age and each ewe produce only one kid per lambing. Another sheep breed named Chokla sheep is also available in the northern region. They have dense coats and hairless faces. Along with these two breeds there are many sheep breeds available in the northwestern region of India. Sonadi, Kher, Jalauni, Jaisalmeri, Pugal, Marwari, Malpura etc. are important sheep breeds in this region. All of these breeds are suitable and used for both carpet wool and mutton production.