what is global warming ?

Kindly refer to the link given below:-
https://www.meritnation.com/ask-answer/question/what-is-global-warming/evs/1617258
View Full Answer

Global warmingrefers to an unequivocal and continuing rise in the average temperature of Earth'sclimate system.[2]Since 1971, 90% of the warming has occurred in the oceans.[3]Despite the oceans' dominant role in energy storage, the term "global warming" is also used to refer to increases in average temperature of theair and sea at Earth's surface.[4][5]Since the early 20th century, the global air and sea surface temperature has increased about 0.8C (1.4F), with about two-thirds of the increase occurring since 1980.[6]Each of the last three decades has been successively warmer at the Earths surface than any preceding decade since 1850.

Hiba you can take help from these notes:

he termglobal warmingwas probably first used in its modern sense on 8 August 1975 in a science paper byWally Broeckerin the journalSciencecalled "Are we on the brink of a pronounced global warming?".Broecker's choice of words was new and represented a significant recognition that the climate was warming; previously the phrasing used by scientists was "inadvertent climate modification," because while it was recognized humans could change the climate, no one was sure which direction it was going.The National Academy of Sciences first usedglobal warmingin a 1979 paper called the Charney Report, which said: "if carbon dioxide continues to increase, [we find] no reason to doubt that climate changes will result and no reason to believe that these changes will be negligible."The report made a distinction between referring to surface temperature changes asglobal warming, while referring to other changes caused by increased CO2asclimate change. 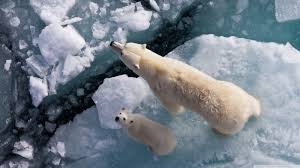