What is ka1 and ka2 ? I read it in H bonding in Fumaric and Malic acids

Maleic acid and fumaric acid are both polyprotic.They can donate proton twice. Maleic acid being a cis- isomer is capable of forming intra-hydrogen bond after losing H+ ion, making the conjugate Base (negative ion) much stable than the trans form (Fumaric acid) because both the oxygen atoms have strong interaction with the remaining H atom. Since after deprotonating the first time, maleic acid forms a stable anion, while fumaric acid cannot, Ka1 of maleic is higher than of fumaric. For the same reason, Ka2.of fumaric acid is higher than of maleic. 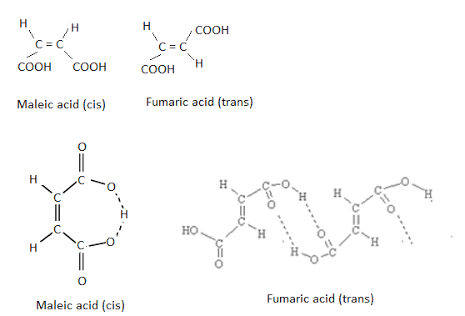