Radar is a radio detection and ranging . It sends radio signal or electromagnetic signals through transmitter which strike the object lies in the range of these signal and will reflected back the transmitter catches the reflected signal and process the signal to determine the location of the object or the speed by which the object is travelling.

Here's a summary of how radar works: 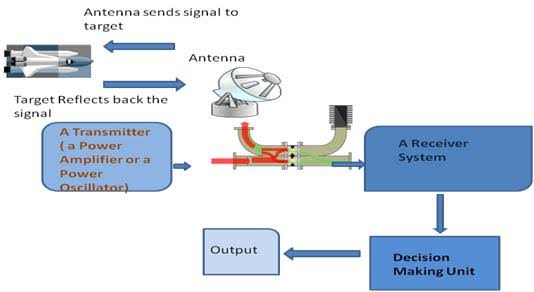