Blood group is decided by the types of antigens present on the surface of erythrocytes (Red blood cells). An individual's blood can have antigen A or antigen B or both the antigens A and B or none of these. These antigen patterns are called as blood group A, B, AB and O.

During transfusion, it is taken care that the donor's blood group matches the blood group of acceptor. If the blood groups of both are not compatible then it leads to clumping of blood in blood vessels. This is known as agglutination. This happens because when the antigen coming in the donor’s blood  does not matches with the antigen present in the recipients blood  and that anitigent act as foreign for the recipient and the antibodies are produced in plasma of recipient against that foreign antigen. Blood group O is considered as the universal donor( as no antigens are present on them) and blood group AB is universal acceptor ( as no antibodies are present in their plasma) . 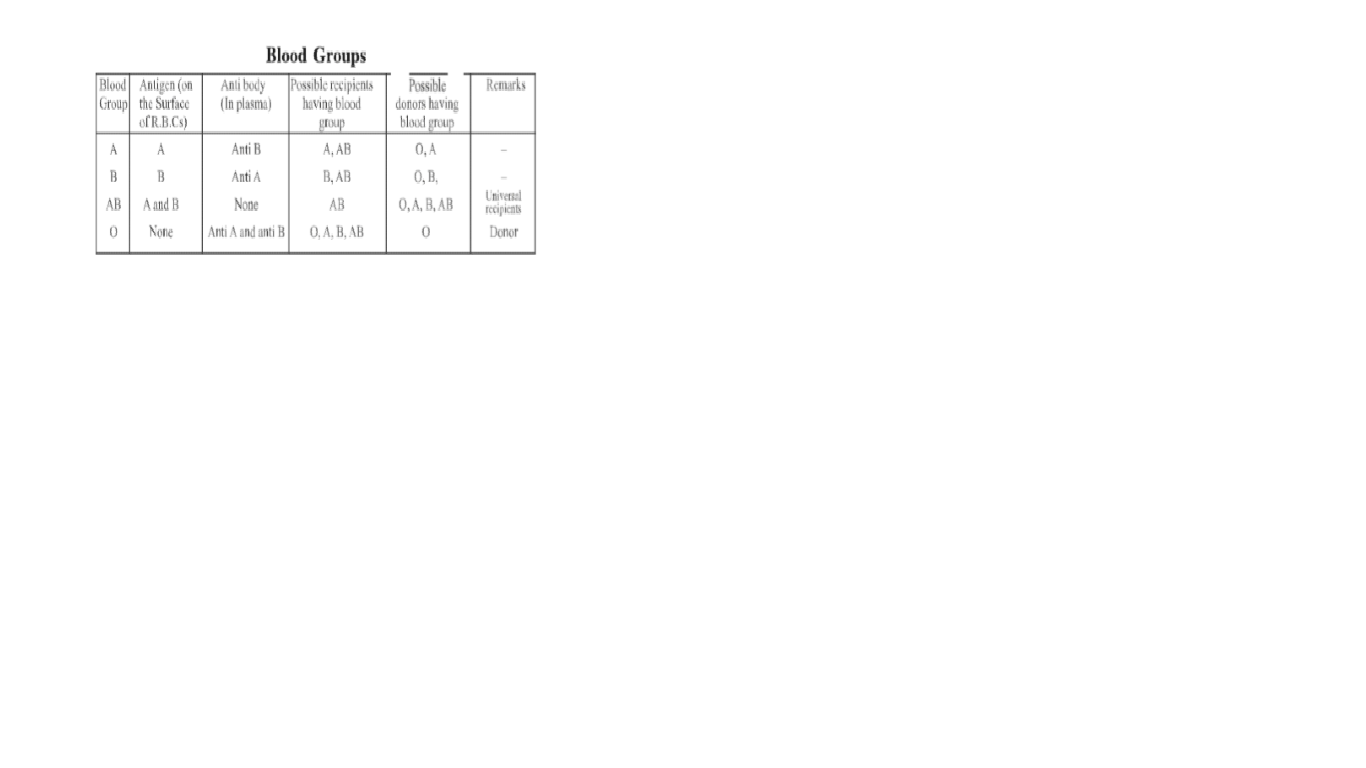