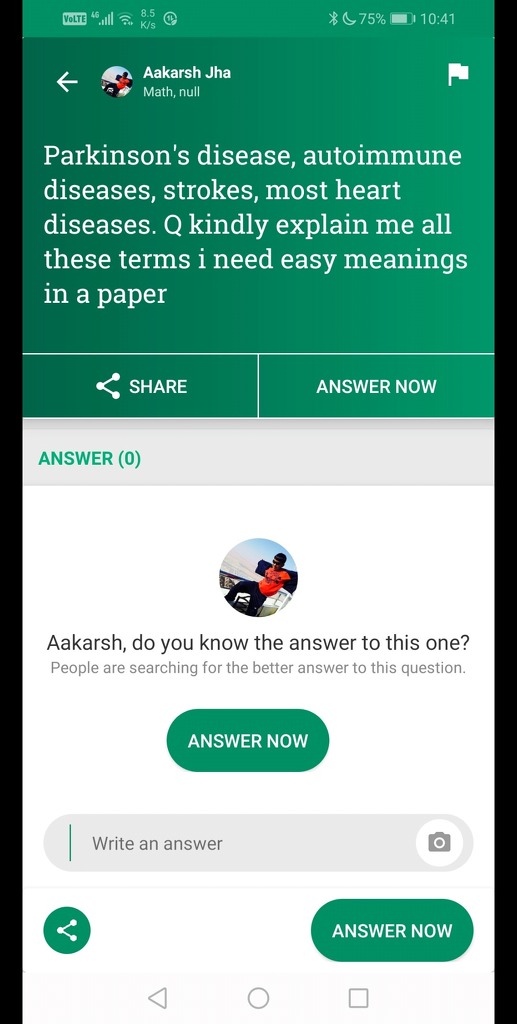 Dear student,Parkinson's disease (PD) is a chronic and progressive movement disorder, meaning that symptoms continue and worsen over time. The cause is unknown, and although there is presently no cure, there are treatment options such as medication and surgery to manage its symptoms. Parkinson’s involves the malfunction and death of vital nerve cells in the brain, called neurons. Parkinson's primarily affects neurons in the an area of the brain called the substantia nigra. Some of these dying neurons produce dopamine, a chemical that sends messages to the part of the brain that controls movement and coordination. As PD progresses, the amount of dopamine produced in the brain decreases, leaving a person unable to control movement normally. The specific group of symptoms that an individual experiences varies from person to person. Primary motor signs of Parkinson’s disease include the following. tremor of the hands, arms, legs, jaw and face bradykinesia or slowness of movement rigidity or stiffness of the limbs and trunk postural instability or impaired balance and coordination. I have explained one meaning. Kindly bask other meanings in a separate thread. Thanks and regards
View Full Answer
What are you looking for?