what is difference between mountain and plateau?

A mountain is a natural elevation of the earth's surface

Mountains
1. A mountain is any natural elevation of the Earth's surface. It is considerably higher than the surroundings.
2. Mountains have peaks.

Plateaus
1. A plateau is an elevated flat land. It is a flat-topped table land standing above the surrounding area.
2. Plateaus are flattened highlands.

A?hill?is a?landform?that extends above the surrounding terrain. Hills often have a distinct?summit, although in areas withscarp/dip topography?a?hill?may refer to a particular section of flat terrain without a massive summit (e.g.?Box Hill, Surrey).

A?plateau, also called a?high plateau?ortableland, is an area of highland, usually consisting of relatively flat terrain. A highly eroded plateau is called a dissected plateau. A volcanic plateau is a plateau produced by volcanic activity.

This is the answer 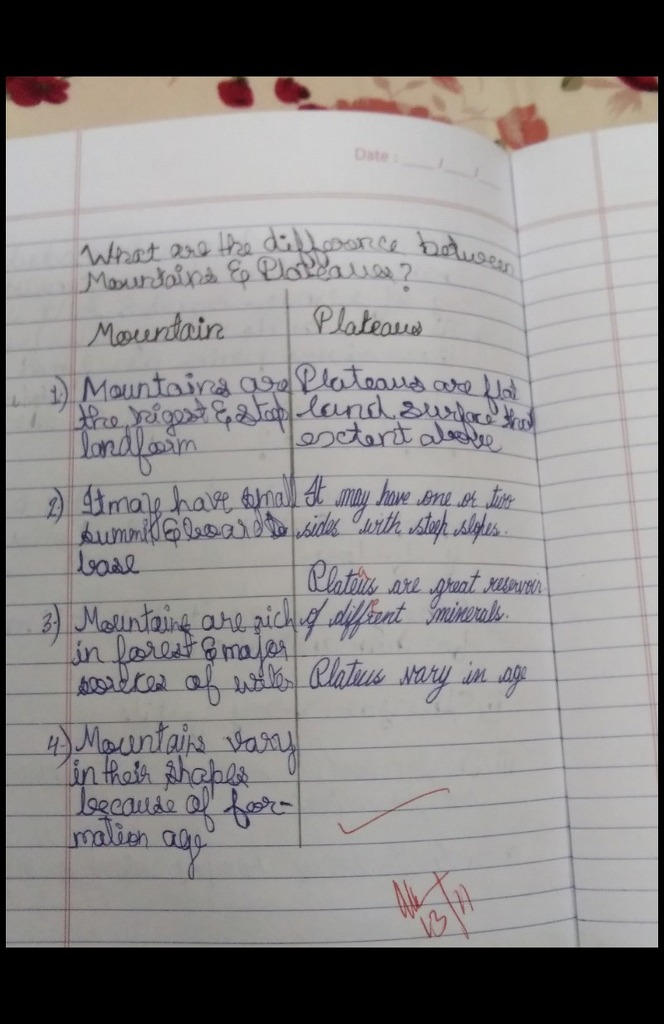 Mountains are bigger.plateaus are artificial and formed by glaciers,ice,rivers etc.
What are you looking for?