Take the same amount of water in two similar beakers. Put a thermometer in each beaker, and heat the beakers. Heat one beaker for 5 minutes and the other for 10 minutes. What do you observe?

You will observe that the water in the beaker that is heated for the longer time becomes hotter than the other beaker. The thermometer in this beaker shows a higher temperature. Why does this happen?

The answer is very simple—the longer the time we heat water, the hotter it becomes. So, we can say the rise in the temperature of a body is directly proportional to the heat energy contained in the body.

Let us do an experiment to explore more properties of heat. 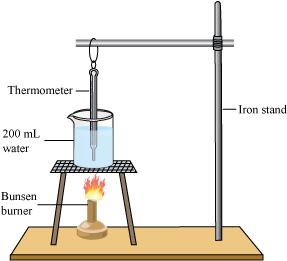 As shown in the figure, take two beakers: one with 100 mL of water and the other with 200 mL of water. Now, start heating the beakers, and heat them till the temperatures in both the beakers become the same. Do they require the same time?

Every time you will get the same result.

Again, we take the same two beakers. Fill the beaker containing 200 mL of water with 100 mL of oil instead. 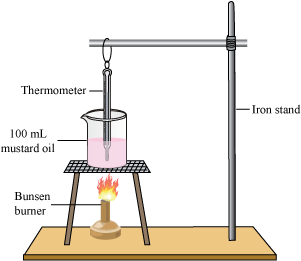 Hence, it can be concluded that heat energy contained in a body is directly related to the chemical comp…